The answer to the headline above is … maybe.

It’s like a rocket booster that fires off its launching pad and zooms up into space, but then starts to fall rapidly back to earth. I know, I know – Elon Musk and Jeff Bezos have figured out how to land them back on earth safely, but for more than 60 years, we have watched booster rockets fall into the sea after lifting their payload into orbit.

I share a nagging concern with others in the popular business press that this could happen to our economy as a whole, but for the warm blanket of the $1.2 trillion Infrastructure Investment and Jobs Act that should wrap some protection around the construction industry, even if the rest of the economy starts to slow.

Understand that the 2020 recession was the deepest and shortest on record, while the recovery has become the fastest since the 1980s yet generating the steepest rise in inflation since the 1970s. This atypical cycle arose because of supply/demand disruptions caused by the pandemic and the economy’s subsequent reopening, and the extraordinary degree of fiscal and monetary stimulus in response.

Next Phase. But the next phase of this economic cycle is an unknown because it is without precedent, so it is a good bet the next phase won’t be typical either. Be aware the economy could start to slow abruptly, for three reasons.

First, fiscal policy pushed demand up in both 2020 and 2021 through stimulus checks, enhanced unemployment insurance, money for state and local governments, an expanded child tax credit, and forgivable business loans. Almost all have expired, and nothing new is taking their place.

Fiscal support contributed 7.6 percentage points to inflation-adjusted gross domestic product in the first quarter of 2021, but then fell back 2.1 points in the first quarter of this year. Add to this the reality that personal incomes, boosted by government stimulus through the end of last year, are growing much more slowly now.

Secondly, purchasing power has been blunted by inflation. In particular, higher gasoline prices act just like a tax increase, so wage income, which grew at a rocket-fast 10% annual rate in the last three months, fell 1.2% when adjusted for inflation. Some of that pressure will ease in coming months if prices for gasoline, used cars and some other items fall as expected.

Third, is the strong headwind of rising interest rates. The Federal Reserve slashed rates to near zero when the pandemic hit in early 2020 and began buying trillions of dollars in bonds. But since December 2021, the Fed has been pivoting hard, revising up how much rates will rise and aggressively shedding its bond holdings.

But its two-percentage point rise in the last six months is the steepest since 1994, as the 30-year mortgage rate has reached 5.13%, up 2.1 points in the past six months, also the fastest since 1994. This translates into an even sharper rise in monthly mortgage payments, as one housing affordability index was at a 13-year low in February, and this before the latest increase in mortgage rates.

Countering Concerns. To counter the concerns above, remember that consumers are flush with money from past stimulus and rising stock prices, which could sustain spending for a while.

As has been widely reported, some economists believe demand for cars, houses and other goods was artificially depressed by the 2007-09 recession, so what seems unusually high today might actually be a return to normal. Finally, demand has been so far above supply that a modest pullback might not affect production plans much, especially with inventories relatively low.

Indeed, if higher interest rates and weaker real incomes serve mostly to trim excess demand, they may ease some of the pressure on supply chains that has fueled inflation.

In that case, the Fed wouldn’t have to raise interest rates as much, also reducing the risk of recession. Then wrap the infrastructure bill around our industry, and the outlook for construction aggregates remains stable despite the unknowns in the rest of the economy. 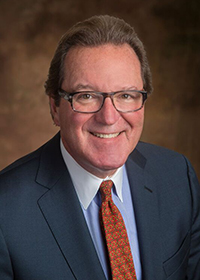