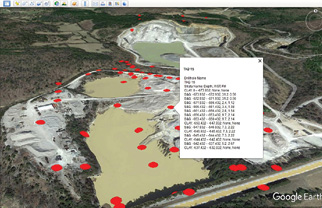 Within Carlson Surface mining, there is a new ability to evaluate mine timing without including non-key/waste material. A feature that was requested by its users, it now allows for accurate mine scheduling at quarries when spoil removal is subcontracted, and non-key tonnage can be tracked through the entire scheduling workflow.

Finally, within Carlson Underground Mining, updates have been introduced for underground solids. The Make Solid From Design command now supports vertical alignments and outputs cross-sections and template 3D polylines and, when viewing solids, separate colors can be used to distinguish internal and external faces.

The new release is part of the overall Carlson 2022 Office Software release with additional modules like Survey, Civil, Hydrology, GIS, CADnet, Construction, and Point Cloud. Carlson 2022 runs on both AutoCAD 2022 and IntelliCAD 10.1.