Jan. 12, 2023 – During a keynote address at the Consumer Electronics Show (CES) 2023, John Deere CEO John May revealed two new technologies – the 145 X-Tier electric excavator and a high-tech planting system – designed to help customers be more productive, profitable and sustainable. John Deere Construction & Forestry is pursuing a stated goal of introducing more than 20 electric and hybrid-electric construction equipment models by 2026. The electric excavator, powered by an immersion-cooled Kreisel battery, is expected to reduce daily operating costs and jobsite noise and improve machine reliability without sacrificing power or emitting exhaust on site. An electric excavator has the potential to help improve reliability with fewer moving parts, performance with electric motors’ high torque at all speeds, and safety with less noise and fewer emissions. Deere acquired a majority stake in Kreisel Electric last year. Kreisel’s patented immersion cooling architecture is said to deliver long battery life in the range of mobile and stationary applications in which that company’s products work. No details were released on the 145 X-Tier excavator, so many people will be looking for it at ConExpo-Con/Agg 2023 in March, according to a release from show organizers. 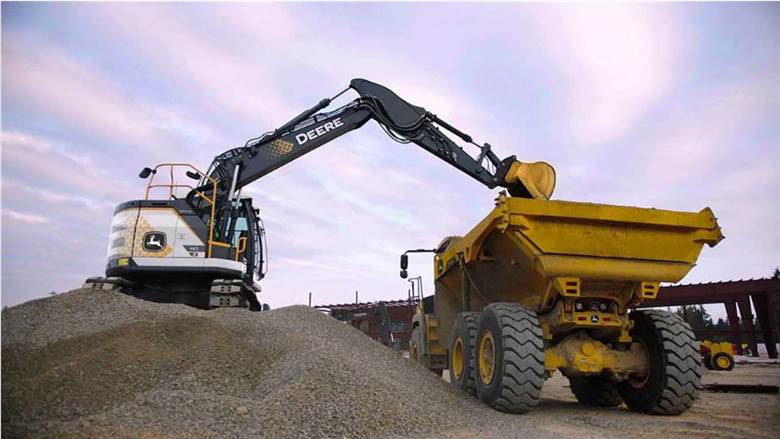