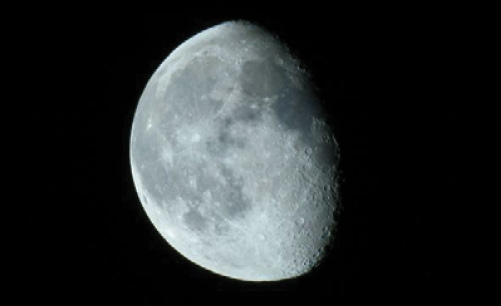 Three U.S. university-led proposals have been selected by NASA to develop technologies for living and working on the Moon, from using lunar resources for construction to developing electronics that can work in the Moon’s extremely cold temperatures.

“Creating the technologies we need to explore the Moon requires leveraging expertise from and partnering with academia and industry alike,” said Dr. Prasun Desai, deputy associate administrator of the Space Technology Mission Directorate (STMD) at NASA Headquarters in Washington. “These projects show the integral role that universities will play in building humanity’s sustainable presence on the Moon.”

As NASA prepares to return astronauts to the Moon to explore long-term with Artemis, developing new technologies to meet the Moon’s challenges are key. These efforts – selected under the second Lunar Surface Technology Research (LuSTR) solicitation – will harness the creativity of the nation’s university researchers to cultivate technologies for lunar infrastructure.

The selected projects cover three topics laid out in the solicitation. Each team will receive up to $2 million, awarded as grants, over two years to develop their proposed technologies.

Autonomous Construction
Humans living on the Moon will need structures like habitats and landing pads, which can be made more efficiently if they’re constructed autonomously by robots. The Colorado School of Mines, led by principal investigator Christopher Dreyer, will develop tools and methods for autonomous landing pad construction on the Moon’s surface.

Extracting Resources
Supplies for lunar astronauts will have to be sent hundreds of thousands of miles from Earth – which is expensive and time-consuming – or they can be created from what’s already on the lunar surface, a process called in-situ resource utilization. Missouri University of Science and Technology, led by principal investigator Leslie Gertsch, will use magnetic and electrostatic technologies to more efficiently separate calcium- and aluminum-containing minerals from the Moon’s soil, called regolith, to extract materials suitable for construction on the lunar surface.

Gertsch, associate professor of geological engineering, will coordinate efforts to use electrostatic and magnetic extraction techniques to separate anorthite from lunar soil known as regolith. Anorthite is a type of feldspar – a group of minerals that are found in rocks all over the world and make up more than 50% of the Earth’s surface. Anorthite contains calcium and magnesium needed to make parts for manufacturing equipment, which NASA believes is more efficient than launching supplies from Earth.

“We’ll be testing our processes in air and in a vacuum, and in cold and hot temperatures that mimic lunar conditions,” said Gertsch. “We’ll use simulated regolith that is the best estimate of what lunar soils are like.”

Extremely Cold Electronics
Without an atmosphere, temperatures during the lunar night plummet to hundreds of degrees Fahrenheit below zero. The Moon’s rocky and cratered terrain also creates permanently shadowed regions that never see direct sunlight and continuously experience frigid temperatures that are too cold for conventional electronics.

Auburn University, led by principal investigator Michael Hamilton, will take advantage of knowledge from recent lunar missions and other cold-temperature projects to create new electronics that are highly reliable and tolerant of low temperatures.