June 10, 2022 – It only took 400 million years, but dolostone has been named Illinois’ official state rock. Gov. J.B. Pritzker signed the declaration into law earlier this week, crediting a group of suburban Chicago elementary and middle school students for pushing the legislation through Springfield, according to WTTW. “You couldn’t have picked a rock that better represents Illinois,” Pritzker said. Dolostone, which beat out sandstone and limestone for the honor, now joins the ranks of other Illinois symbols, including the white oak as the state tree, the cardinal as state bird, popcorn as state snack and cycling as state exercise. Dolostone starts as limestone, explained Melissa Pardi, curator of geology at the Illinois State Museum. No limestone, no dolostone. Here’s what happens: When water containing magnesium flows through limestone, the magnesium in the water exchanges with the calcium in the rock. This process can occur either when the sediment is still soft or later, when the limestone has already hardened, Pardi said. This exchange, and the presence of magnesium, is what created dolostone. 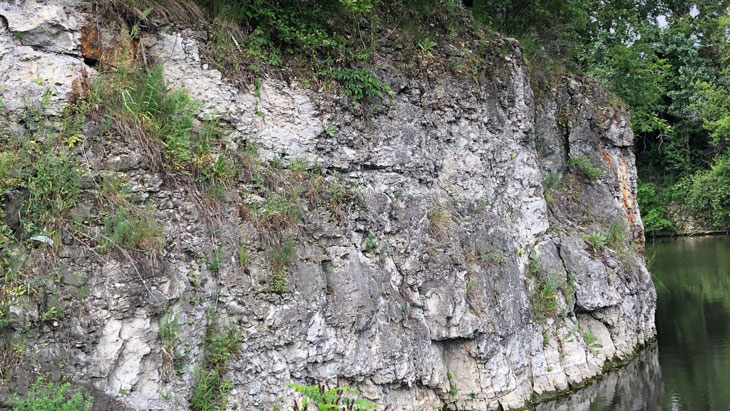