Examining The What, Why And How Behind An Ever-Growing Problem.

By the Association of Equipment Manufacturers 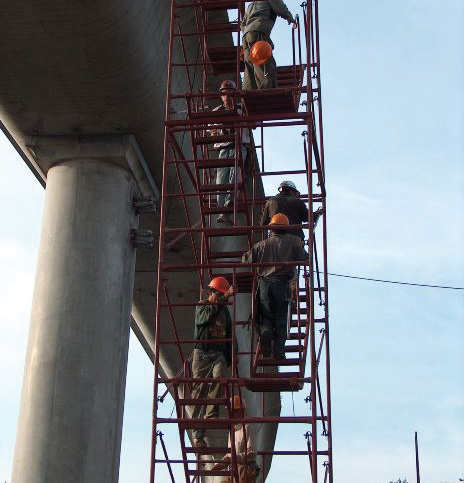 “It feels like a perfect storm… A hurricane and a tornado, all rolled up into one.”

Dr. Rachel Sederberg didn’t mince words when describing the seriousness of the labor shortage in the United States. It’s long been a problem, and now it’s getting (much) worse. When the COVID-19 pandemic took hold in February of 2020, there were 7 million job openings and 5.9 million unemployed people in the United States. Two years into the pandemic, the statistics paint a dire picture of the workforce landscape as it stands presently.

“If we were to try to get back to where we were the day before COVID hit and turned our world upside down, we’d need 175 million more people in the labor force,” explained Dr. Sederberg, who works as a research manager at labor market data company Emsi Burning Glass, and who spoke during the Association of Equipment Manufacturers’ (AEM) recently held member education webinar on workforce trends and their impacts on business strategy. “If we want to get to an equivalent point today, and keep up with our population growth, we need another 2.9 million.”

The scarcity of skilled workers is one of the greatest challenges facing the equipment manufacturing industry as well as aggregates producers and the construction industry, and addressing it is a task not easily accomplished. It’s problem of ever-growing significance, and its effects are being felt industry wide.

Not only are companies struggling to fill job openings today, recruitment efforts have left them wondering exactly why connecting with younger generations entering the workforce and inspiring them to embark on a career in manufacturing is so difficult.

The Boomer Effect
A lot of answers can be found in looking at the not-so-distant past. Prior to the pandemic, Baby Boomers were exiting out of the labor force in great numbers for some time. Comprised of folks born between 1946 and 1964, Baby Boomers had come to shape the U.S. workforce – and society as a whole – over the course of several decades prior to the turn of the century.

During the Baby Boomer era, women made their way into the workforce in greater and greater numbers, and massive household wealth gains were achieved (including a massive $42,000 jump per household between 1975 and 1995). However, the impact of Baby Boomers on the labor market began to change (and not for the better) in the early 2000s, when its older members started to reach retirement age. Eventually, as more and more exited the workforce, labor force participation began to drop, and the number of prime-age men in the workforce steadily plummeted. The perfect storm had begun to take shape.

“Partly due to Boomers leaving, even at the time COVID-19 hit, we just didn’t have enough people for every job opening,” said Dr. Sederberg.

Contributing Factors
Now, two years later, job openings in the United States have jumped 43% – from 7 million to 11 million. According to Dr. Sederberg, there are several reasons why:

Addressing the Labor Shortage
“We can’t employ what we don’t have, and with record-low birth rates, this is a problem that’s not going to go away,” said Dr. Sederberg.

No statistic better illustrates the challenges facing the U.S. labor market than this – By 2034, a mere 12 years from now, older adults will outnumber children for the first time in the nation’s history.

“So, the question is, ‘How do we deal with this?’ It’s not about the unemployed versus the employed,” explained Dr. Sederberg. “It’s about the disengaged folks in our society.”

The solution, she said, lies in employers making a concerted effort to actively seek out and recruit those who are unengaged in the labor force. To do so, Dr. Sederberg advised organizations to take the following steps:

“Focus on small, specific groups of workers,” she said. “That’s the most important thing. After all, it’s a whole lot easier to make some small adjustments (to workforce development strategies and tactics), versus having to make a whole bunch.”

AEM is the North America-based international trade group representing off-road equipment manufacturers and suppliers with more than 1,000 companies and more than 200 product lines in the agriculture and construction-related industry sectors worldwide. The equipment manufacturing industry in the United States supports 2.8 million jobs and contributes roughly $288 billion to the economy every year.

Construction Employment
Construction employment edged up by 2,000 jobs between March and April as contractors scrambled to find workers in an increasingly tight labor market, according to an analysis by the Associated General Contractors of America of new government data.

Association leaders urged officials in Washington to address both short- and long-term worker shortages with expanded permits for foreign-born workers and support for career training and education to enable more workers to acquire the skills for high-paying construction careers.

“The pause in employment gains last month most likely signifies a shortage of qualified workers, rather than any slowdown in demand for projects,” said Ken Simonson, the association’s chief economist. “In fact, job openings in construction hit an all-time high at the end of March, while the industry’s unemployment rate was the lowest ever recorded for April.”