We Need To Establish Parameters For Behavior If We Are Going To Live And Work Together.

Ancient Greeks believed there should be an ongoing public dialogue of praise and blame; it was called epideictic discourse. It would benefit all of us as citizens and as workers and managers if we learned and practiced this almost lost art.

The premise behind the rhetoric of praise and blame is that we need to establish parameters for behavior if we are going to live and work together. Publicly praising someone highlights a behavior that is approved and appreciated by the group. Similarly, publicly acknowledging inappropriate behavior demonstrates group disapproval.

When Andrew Whitworth received football’s Walter Payton award this year, he was praised for his generous donations to buy food and provide housing for people less fortunate than himself and for the many hours he spent mentoring young athletes over the course of his 16-year career. The Walter Payton award benefits Whitworth, but it benefits the NFL more because it points to a model of praiseworthy behavior in the league.

The International Cycling Union performed a parallel service for their sport in 2012 when they publically agreed with the U.S. Anti-Doping Agency’s decision to bar Lance Armstrong from cycling for life. Cycling Union President Pat McQuaid stated, “Lance Armstrong has no place in cycling … something like this must never happen again.”

Few of us have the power or influence to redirect the indiscriminate attention awarded by the numerous channels of mass media, but we can have a profound impact on the people in our home and work environments. Do you publicly acknowledge the efforts of others?

More importantly, have you ever stood up to a group and said you disapprove of someone’s behavior? We engage in epideictic discourse so rarely that it may sound ludicrous that I am even suggesting it but consider how it could change your work environment.

I believe the reason we avoid praise and blame is not that we can’t tell the difference between good and bad behavior; it is because we can’t articulate it. It’s complicated.

One needs to be sincere and not phony, considerate and not malicious. The good or bad quality of someone’s actions must be described objectively and not with clichés. And one must avoid possible misunderstandings.

The discourse of praise and blame is a learned skill, like being a sommelier. We all taste the same flavors, and we can all tell if we like or don’t like what is in our glass, but the wine expert is the one with the vocabulary to describe the experience.

Filters
This isn’t to say we don’t need filters. There is a time to speak up and a time to be silent. What I suggest is that we offer praise and blame when situations allow and when we can find right words to express ourselves.

Generic compliments usually seem insincere, especially if we use them too often. Statements that are specific to a situation are more appropriate. A comment of recognition at a meeting like, “It is apparent that you spent a lot of time on that analysis” is much more meaningful than “Good report, Bob.” The rhetoric of blame also requires a degree of specificity and should be used much more sparingly, only when it is necessary and after thoughtful consideration.

It is particularly incumbent on managers to develop the vocabulary to publically express approval and disapproval. Saving feedback for a once a year employee review is inadequate. Most managers can’t track all of someone’s accomplishments in the first place, but more importantly, if the feedback is to have impact on behavior, it needs to be timely and public. 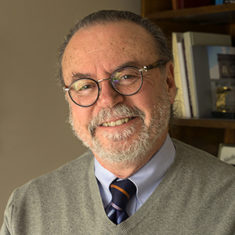