Jan.  28, 2022 – I have said it over and over, what is it going to take to get infrastructure projects moving in this country, a bridge collapse? Well, there was one in Pittsburgh this morning. Pittsburgh Public Safety announced at about 7 a.m. that the bridge, on the outskirts of Frick Park, had collapsed, prompting officials to urge people to stay away from the area due to a “strong smell of natural gas.” Pittsburgh Public Safety said a gas line had been cut. A driver and two passengers were on a bus that was on the bridge when it collapsed, according to the Port Authority of Allegheny County. Pittsburgh Mayor Ed Gainey said the three suffered some injuries. No fatalities have been reported. 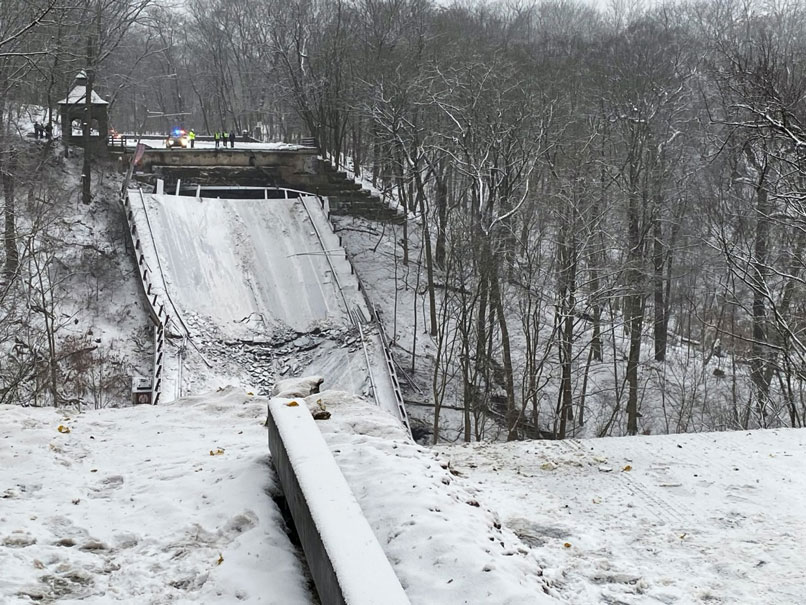